The voice uk for giffgaff 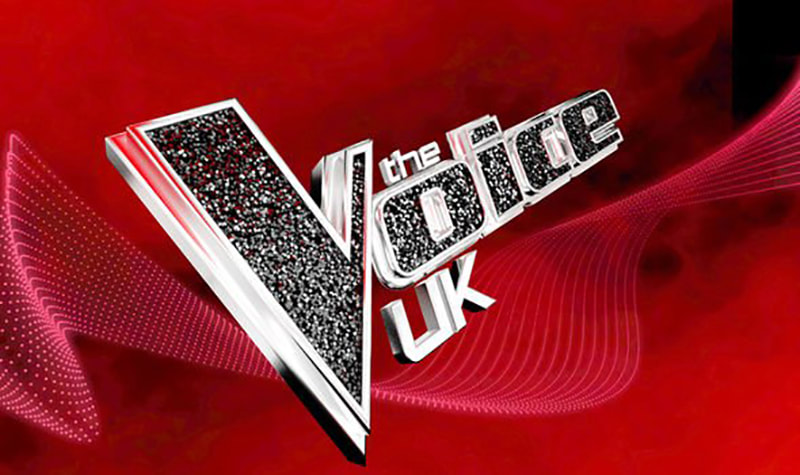 This job was a textbook example of being thrown in at the deep end, and seeing whether you would sink of swim. I don't want to say I Thorpedo-ed it, but it was certainly a bit more than a doggy paddle.

This was my first job after a six month spell at the BBC, and a bigger contrast between the two couldn't be made. In my position at the BBC, I was the only person who knew social - at giffgaff I was surrounded by very clever people who know social inside out, but didn't know the nuances of social for television, and that's a different beast.

This run of The Voice UK began straight after Christmas. I went into the job two days before the first TX. It was a little bit hectic getting lots of stuff organised around sixty hours before transmission.

giffgaff had two ideas in place. First, something called 'The Lovely Fans', where a member of the public would be found to appear on our sponsorship bumpers during the show and on social throughout the week.

A really nice idea that celebrated viewers, and promoted inclusion.

The second part that was set up was working with a community management company to reply to every tweet that used #TheVoiceUK whilst the show was on air. I wasn't convinced by this at all - I was wrong. More on this in a bit.

Immediately, I had to create a load of content to go out whilst The Voice was going out (luckily, The Voice isn't live until the semi-finals, so I had episodes to play with), cross-reference this with what ITV was putting out, prepare our calendar, brief the community management team, and make sure everyone understood what we were doing before TX. There wasn't much sleep for those few days.
​Applying the event promotion technique to the show - building excitement for the event, the event itself, then recap of the event - I devised a calendar that helped to make giffgaff completely linked to The Voice.

​THURSDAY - Clip/still of the following Saturday's episode, tied in with a question to increase engagement. Spend added to move into different audiences than the existing Voice/giffgaff following. For example, one week we posted a clip and a question about country music, and added paid targeting to country music fans.  We ended up with over 1,000 responses in three hours, and around a 500 person bump in followers and likes. 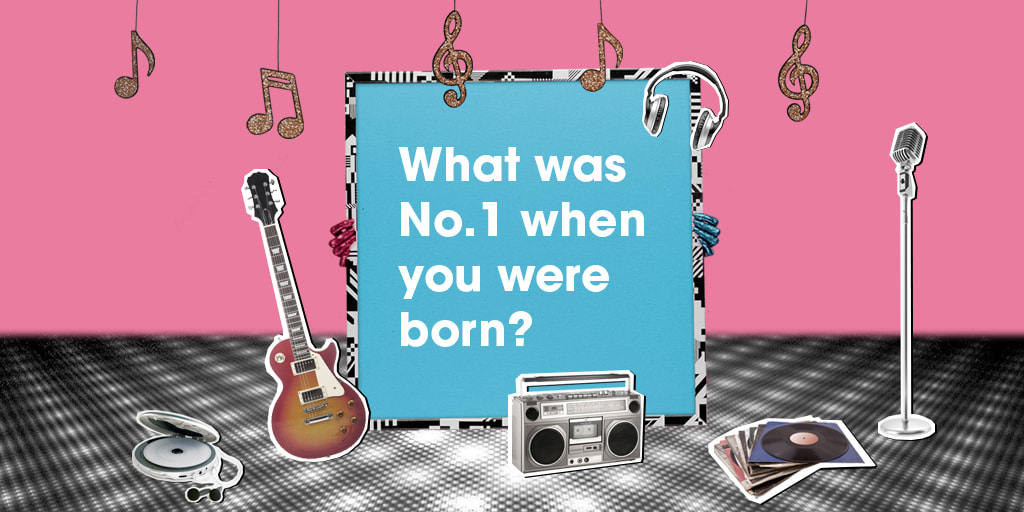 I like a nice question post. The above is a perfect example of one that is relevant to want we were doing, there is no correct answer, and is tailored for individuals. It then spins off into different conversations about songs, and keeps a thread alive, especially on Facebook, for much longer than it usually would be.

​FRIDAY - Build to the show. We'd make two or three assets pushing to TX, but with other relevant messaging. Such as... 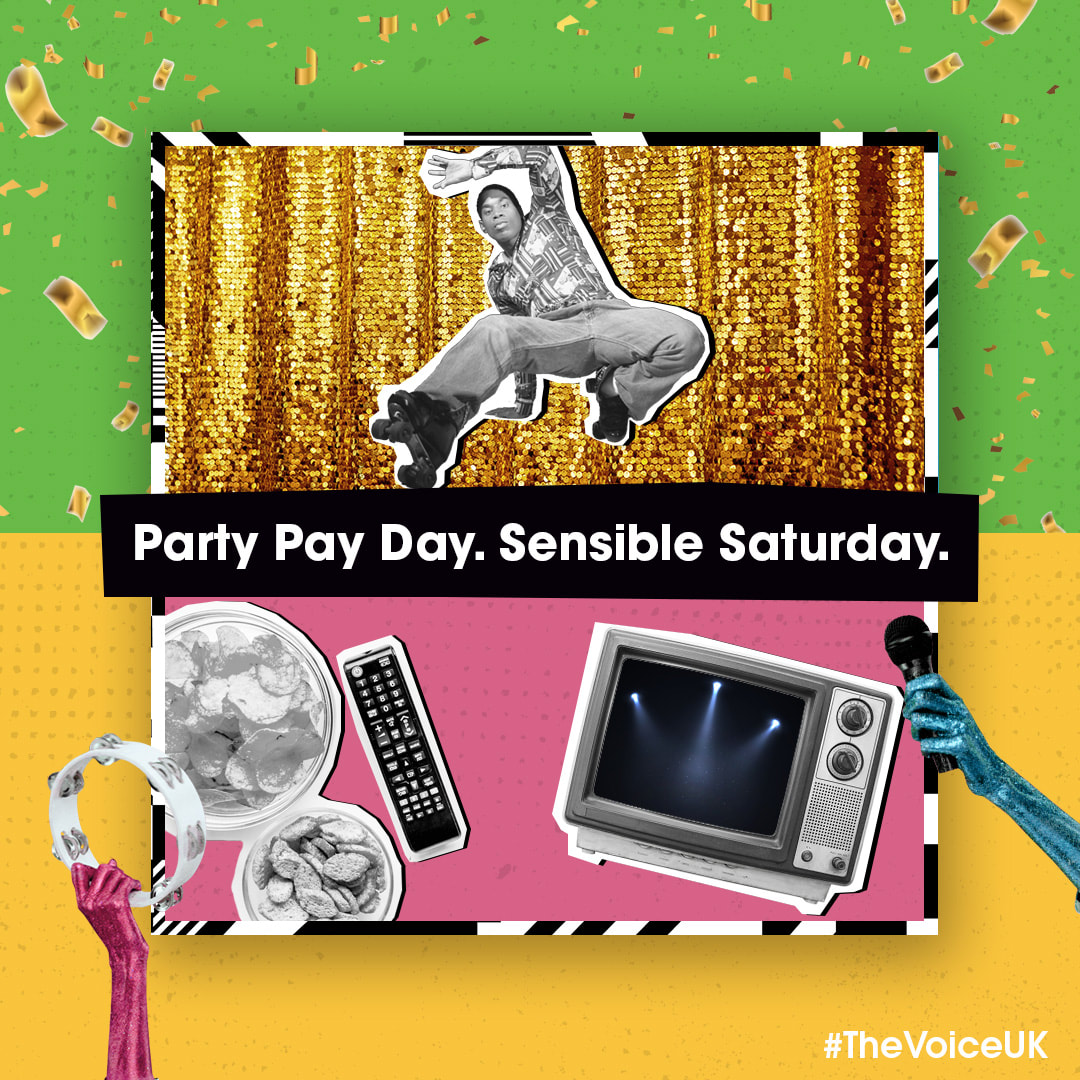 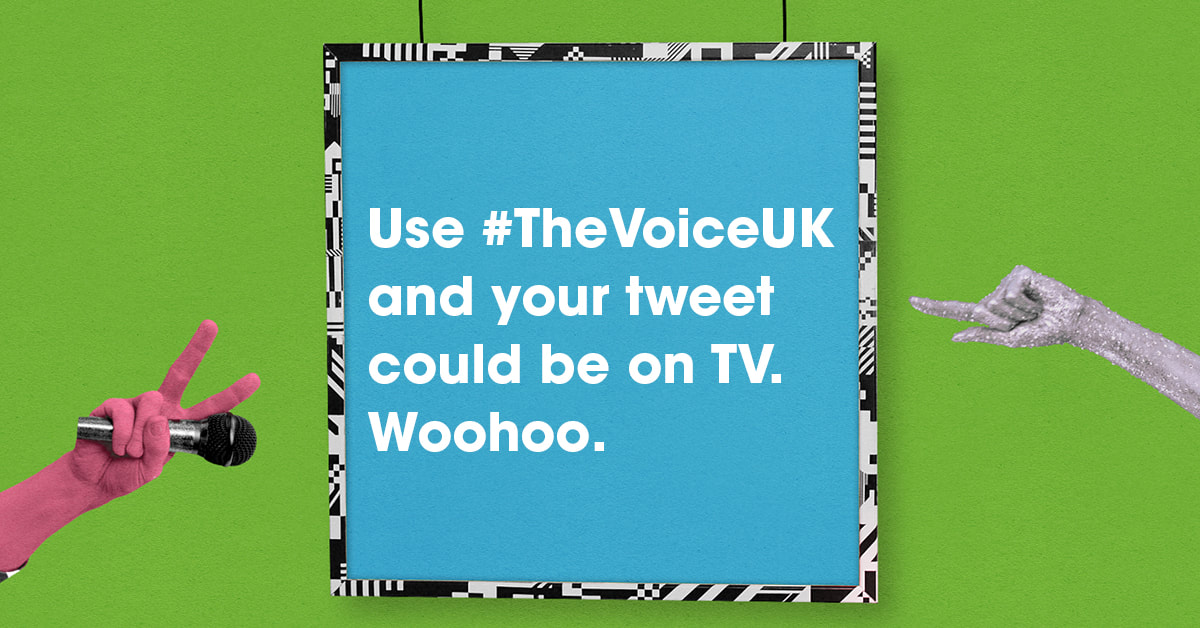 This could be calendar relevant, or not, but essentially the online equivalent of a flyer.

​SATURDAY, TX DAY - As noted previously, the giffgaff plan that I thought was doomed to failure was to talk to everyone on Twitter who was using #TheVoiceUK. And to reiterate, I was very wrong. Here's why I was wrong, and I should have known this. Needless to say, I've taken this everywhere I have worked since.

I was the in-house knowledge on what was going on on the show that week, who might get a good reaction, who might get a bad reaction, what song Donel sang in the first round - that kind of thing. There was a team of twelve community managers who would answer all the tweets coming in (we used Sprout, by the way. Perfect for our needs.), and I would help with any questions and provide gifs and other content when needed.

​
It allowed giffgaff to build a community of fans around the show, which could then be potentially converted to followers on social and to place the brand at the forefront of people's minds when they were on the lookout for a new mobile phone network.

The community came back earlier and earlier. On the day of the final, people were coming to chat with the giffgaff Twitter from around midday, which was extraordinary considering the live show didn't go out until 9pm.

Honestly, ITV should have been thanking us every week for massively bumping up their trending numbers...

SUNDAY - Recap of the show with clipped up highlights. This had the added bonus of allowing people who were out on Saturday night to watch the repeat or to watch on catch-up. Again, this had very high engagement numbers. People like to be involved!

MONDAY - An animation created again to show limited highlights, and to encourage people to watch on catch up.

TUESDAY/WEDNESDAY - Quiet. No one needs The Voice seven days a week.

The campaign ended up increasing giffgaff's brand awareness by 40%, and reach and engagement numbers were huge throughout the run of The Voice. The company used pretty much the exact same method the following year, but I'd gone off to do something else by then...
First Dates Hotel
HOME